Can You Hear the Difference Between a Cheap and Expensive Violin?

Why are some violins so expensive??? I went into Peter Prier and Sons in Salt Lake City, where I put to the test a violin I bought off of Amazon for $62, and an antique Italian violin for $285,000. Scroll down for answers on what makes these instruments worth so much.

The first song I play is Hallelujah, and the second is AC/DC “Thunderstruck”.

Thank you to Daniel Prier! http://www.prierviolins.com/

Supply and Demand: One reason the value of an antique Italian violin is so dear is because there are so few of them left, and they are no longer being made. Simple economics dictates that when there is a demand but little supply, value increases.

The Quality: Musicians have long believed that the antique Italian violins are superior to other violins in quality and sound. It’s believed that cooler temperatures from the 1200s to the mid 1800s contributed to a denser tree bark, making the wood that was used in constructing these instruments of a higher quality and offering a better acoustic.

They’re Fashionable: Owning an old Italian is a status symbol in the world of music, thus increasing its legend, value and price.

The Condition and History of the Instrument: Any of these violins are between 100-300 years old, making it an historical icon as well as an instrument. If the instrument is also in excellent condition, the value increases.

ROB LANDES is an award-winning violinist who started playing the violin at 3 years in Orem, Utah. Born to a large musical family, Rob gave his first solo recital at 10 years old, performed in the Hollywood Bowl in Los Angeles on the Disney Channel with the Disney Young Musicians Symphony Orchestra, and founded a piano trio that performed actively throughout his teenage years. Rob has won first prize at numerous music competitions and has soloed with the Utah Symphony, Utah Valley Symphony, San Diego Chamber Orchestra, BYU Philharmonic, and BYU Chamber Orchestra. As a first violinist of the BYU Chamber Orchestra, Rob performed in more than twenty cities throughout central and southern Europe, and as concertmaster of the orchestra, gave a concert to a sold-out audience in New York’s Carnegie Hall. Rob was awarded full scholarships to attend Brigham Young University and Rice University where he earned a Bachelor’s in Music and Master’s in Music, respectively. While studying at Rice, Rob began covering rock and pop music, and upon returning to Salt Lake City after graduation, began playing with a looper pedal which he uses to create intricate and stunning arrangements of today and yesterday’s most popular music Rob recently won the award for “Best Instrumental” at the Utah Music Awards for his rendition of Leonard Cohen’s “Hallelujah”. 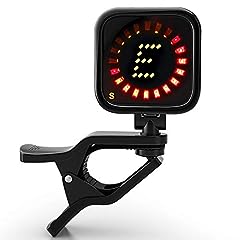 From Wikipedia: "Strobe tuners (the popular term for stroboscopic tuners) are the most accurate type of tuner. There are three types of strobe tuners: the mechanical rotating disk strobe tuner, an LED array strobe in place of the rotating dis... (as of January 21, 2020 - More infoProduct prices and availability are accurate as of the date/time indicated and are subject to change. Any price and availability information displayed on [relevant Amazon Site(s), as applicable] at the time of purchase will apply to the purchase of this product.)

I’ll just state that therr is an extremely obvious tone difference in between the first cheap ome and the second one.

The one you first play doesn’t sound any particular character, strings squeak and huss a little bit and it doesn’t sound clean nor possesses the character of the other one.

A more interesting comparison would have also included a $250-300 secondhand violin. Like any string instrument careful setup and maintenance can make a big difference and the shop you buy from can also make a difference as just buying online even a Gibson Les Paul can play crap if its not been setup right. Ultimately though a great player can make a great performance out of even the cheapest violin.

Differences? yes… Justify the price differece? no… sorry. my opinion…

The song he was playing was played by 2CELLOS

The 3rd one sounded the best

One more test for you guys…can you hear the difference between a real and fake violin sound? Click here: https://goo.gl/ubWxEx

absolutely no change in tone – only the slight changes of how he played were nuanced.

Not a big suprise. Question would rather be whether you can hear a difference between a 400€ one and the 100k one…

They all sound the same.

It’s like comparing mp3 to wav format. Not much difference. Unless you have some super human hearing senses. It’s like guitar and fine wine. You can pay thousands of dollars more for a few micro upgrades. What’s worth it?

A good violin player such as sarah chang or Lucia micarelli can make any violin sound good, but you put a lousy player up there and even a million dollar violin will sound like crap.

Still waiting for that giveaway

That was awesome. I would like to hear you play the cheap violin immediately AFTER you played the good ones to highlight the contrast. Great video, though!

It sounds better… but 200k better? fuck no

great investment of 1 million. a player has to play how many hours to get the investment worthwhile?

Here’s a question…. how the hell are you guys so comfortable holding such valuable instruments? The last time I checked out a flute store, there was a gold Muramatsu; $37 000. I refused to even look at it in the display case.

ofc, the quality is so different tho ((i dont play violin or any music instrument))

Presumably all are tuned to the same frequencies so aside from a slight frequency drift and impossible to remove human element the sound is the same, if the sound differs from instrument to instrument then it is due to the human element, For example, if you play flamenco on a guitar you can play with beauty and passion, yet on that same instrument you can play with only technical precision. that is not the quality of the instrument it is the humanity of the player.