Can You Hear the Difference Between a Cheap and Expensive Violin?

Some of you have asked to purchase the Amazon violin! Click here if you can’t afford $285k: https://goo.gl/KS2M56

Why are some violins so expensive??? I went into Peter Prier and Sons in Salt Lake City, where I put to the test a violin I bought off of Amazon for $62, and an antique Italian violin for $285,000. Scroll down for answers on what makes these instruments worth so much.

The first song I play is Hallelujah, and the second is AC/DC “Thunderstruck”.

Thank you to Daniel Prier! http://www.prierviolins.com/

Supply and Demand: One reason the value of an antique Italian violin is so dear is because there are so few of them left, and they are no longer being made. Simple economics dictates that when there is a demand but little supply, value increases.

The Quality: Musicians have long believed that the antique Italian violins are superior to other violins in quality and sound. It’s believed that cooler temperatures from the 1200s to the mid 1800s contributed to a denser tree bark, making the wood that was used in constructing these instruments of a higher quality and offering a better acoustic.

They’re Fashionable: Owning an old Italian is a status symbol in the world of music, thus increasing its legend, value and price.

The Condition and History of the Instrument: Any of these violins are between 100-300 years old, making it an historical icon as well as an instrument. If the instrument is also in excellent condition, the value increases.

ROB LANDES is an award-winning violinist who started playing the violin at 3 years in Orem, Utah. Born to a large musical family, Rob gave his first solo recital at 10 years old, performed in the Hollywood Bowl in Los Angeles on the Disney Channel with the Disney Young Musicians Symphony Orchestra, and founded a piano trio that performed actively throughout his teenage years. Rob has won first prize at numerous music competitions and has soloed with the Utah Symphony, Utah Valley Symphony, San Diego Chamber Orchestra, BYU Philharmonic, and BYU Chamber Orchestra. As a first violinist of the BYU Chamber Orchestra, Rob performed in more than twenty cities throughout central and southern Europe, and as concertmaster of the orchestra, gave a concert to a sold-out audience in New York’s Carnegie Hall. Rob was awarded full scholarships to attend Brigham Young University and Rice University where he earned a Bachelor’s in Music and Master’s in Music, respectively. While studying at Rice, Rob began covering rock and pop music, and upon returning to Salt Lake City after graduation, began playing with a looper pedal which he uses to create intricate and stunning arrangements of today and yesterday’s most popular music Rob recently won the award for “Best Instrumental” at the Utah Music Awards for his rendition of Leonard Cohen’s “Hallelujah”.


Heartland: Through The Years 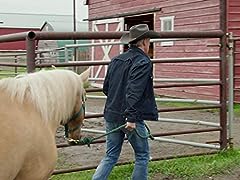 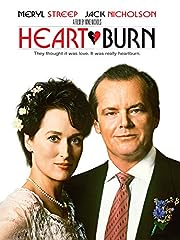 (1006)
(as of July 6, 2020 - More infoProduct prices and availability are accurate as of the date/time indicated and are subject to change. Any price and availability information displayed on [relevant Amazon Site(s), as applicable] at the time of purchase will apply to the purchase of this product.)

Thanks for watching this video my friends! Let me hear your feedback below. 🙂

Very informative video. Thanks! Line 6 m5 has true bypass option and works superb in the effects loop of a tube amp.

You seem to know your way around the guitar. Do you write songs? If so where do I need to go and here some of your songs?

Needed to add more explanation about how you connected the pedals to the board for beginners.

I think this gave me a boner

What’s with the constant flipping up and down of that switch on the guitar right before and right after playing? It’s so distracting to me.

Erich, an OCD? What are you an old man? Next video, you’ll be talking about how Maroon 5 is a pretty good band. (lol:).
Can you recommend a pedal that adds some chime, or jangle to your sound?
Really good vid. Wish I bought an HOF b/c pedals like those are great for giving you an understanding of the differences b/w revebs. I already have a Strymon Flint and my original Holy Grail (Hell, yes it sounds better than the re-issues!).

You talk way too much man terrible video

You know, nobody *needs* any of this. Truth is there is no more powerful effect than the fingers, which you already have 🙂
Pedals are by their very nature optional and non-essential, so the title is oxymoronic. This video is about what *you think* you need to go tone-chasing. You’re getting somewhere and not completely wasting your time and money though(welcome to the club), because at the point you said “I should say…TIMBRE” I smiled.
_”The fool who persists in his folly shall become wise” – William Blake_
rant/
“Tone” is one word commonly mis-applied in guitar-lingo. It’s one thing to refer to the EQ as a ‘tone stack’ (correct! and useful!)…. and another thing to bandy about as a poor substitute for the word *timbre*. The latter tendency is just a bad use of language, and should be banished to the shadow-realms asap.
It is good to see other players cluing into this observation, too. How…. metaphysical, ha.
/rant
Cheers 🙂

I’m getting my esp customize made

How much would you say your pedal board is worth?

Tom and jerry could use a guy like that

Excellent video, and by the way your Guitar sounds nothing short of amazing.

this video is the reason i bought the M5

if you have skilled hands, you can even play the dick like on a guitar

The electric guitar is fucking intimidating.
I just want to play goddamit Dx

why he recording on a $15 microphone? No one will be able to hear the difference with your crappy mic.

Volume pedals are a great addition to anybody’s arsenal, but be warned about the Ernie ball volume pedal, they probably have one of the best swells, but that comes at a price, inside the unit is a piece of cord/string and without warning it breaks, Ernie ball are fully aware of this defect in the design as they sell spares for your convenience or inconvenience.

Instrument doesn’t matter but player does…

Hey kids don’t make my beginner mistake and buy an overdrive for a non tube amp. I’m surprised guitar store employees don’t share this information with beginners. Bought a tube screamer and wondered why it sounded like crap through my Peavey solid state amp.

Have you compared the M5 with the Vox Stomplab? I bought the latter because it was cheaper, but it seems to work pretty well for me.

I have a Digitech Screamin blues and Boss Super Chorus. Planning to add a wah2 pedal in the future.

what’s with the tie and the tablecloth shirt? lol

OMG, that is my AWESOME violin that makes me sound better than the rest of my class!!!!!

Help please…I have a heavy rock pedal, DOD Phasor, and a Boss DD3 delay. In what order do you recommend? Thanks…

And how much is a 2019 violin that sounds amazingly good?

I’m a pro and the reason you claim people use a routing pedal (i.e.GigRig – I prefer to call them “routing pedal” rather than looper, as a looper repeats phrases) is not why I do: my gear is true bypass and there is no noticable degradation in the signal chain as I have a low gain overdrive and compressort constantly on, which drives the line, the reason I use a routing pedal is not mentioned in this video… TO AVOID THE “PEDAL DANCE” i.e.: When you are running more than a few pedals and you need to make sometimes drastic simultaneous changes to multiple pedals at once in a live situation there is simply no other way.

Am i the only one that couldn’t hear any difference

You don’t know how to use a Tube Screamer correctly. It is for use with a naturally overdriven amp. Get the output tubes working hard, then use the TS and it will scream. Otherwise it sounds like a weak OD which boosts the mids-very uninspiring. It has another, amazing, use if you stack your drives. Run the TS first, leave it on with gain turned all the way down. Turn on your second gain pedal and see what happens. By the way, learn the correct use of “myriad”.

Differences are so minor. I don’t get the price difference. Is it cause of age?

And the now anf the case

is it just me or all of them sound the exact same ?

That’s gotta be the messiest and most unorganized pedalboard I’ve ever laid eyes on.

I’d rather have the Lamborghini…

130 thousand is the price of my house…

Personally, I wouldn’t put that many pedals out in front of my amp. I tend to prefer to stick the volume, chorus, delay and reverb effects in the FX loop of my amp instead. In fact, I think Steve Vai had a good video on this here.
https://www.youtube.com/watch?v=djA3ZG3dHj0

Is it bad that they all sounded the same to me?

That $62 violin needs to be burned. It sounds terrible, and I don’t even like violins. #teamviola

Duuuuude I think I’m stupid. I can’t hear that much of a difference for any of them. I can kinda hear a little variation in the hallelujahs tho

Everyone here is overreacting to the $65 one like it sounds fine, you don’t have to be that special snowflake “oh but this one is 25% blah blah and has that rich texture” like it works, you’re lucky to have a roof above your head.

I will actually take the violin….

All of them sound exactly the same..