Link to a Windscreen for the Blue Yeti Mic:
http://amzn.to/1G1DKsr

Today we’re looking at the Blue Yeti USB Microphone. This is a very popular USB condenser microphone that packs quite a few features- so let’s take a closer look at the mic.

Now the first thing you’ll notice about the Blue Yeti is how large it is. The Blue Yeti is about 12 inches tall when mounted on the mic stand and is about 3 inches in diameter. Its also fairly heavy mic, thanks to its all-metal construction with very few plastic parts. Now, the weight is an advantage in that the Blue Yeti sits firmly planted on your desk, when mounted on its mic stand. The mic stand allows you to swivel the mic to suit your recording position. Once you find the right position, you can tighten the thumb screws on the side to lock that recording position. You can also mount the Blue Yeti Microphone to a mic stand or boom arm using the standard ⅝ inch thread on the bottom. The bottom of the Blue Yeti also has a mini usb port, which you’ll use to connect the mic to a computer. Blue does provide a mini usb to USB cable with the mic, so you don’t need to buy one separately. You also have the 3.5mm headphone jack for live monitoring. The volume of the headphones can be adjusted using the volume knob on the front of the Blue Yeti Microphone. There’s a mute button with an integrated status light on the front. The light stays a solid red when the mic is plugged in and ready to record. Pressing the mute button shuts the Blue Yeti off and the red light begins to blink. Pressing this button again, turns the Blue Yeti back on. The recording surface of the mic is covered with a shiny mesh grill. Now ideally you should cover this recording surface with a windscreen or pop filter, to reduce the effect of plosives and spit. You will need a windscreen that is larger than most standard windscreens. I’ll put a link to one of those in the description below.

The back of the Blue Yeti has the gain control, which controls the how much the Blue Yeti amplifies what it is recording. Now the settings for gain will vary from person to person. The best way to adjust this is to plug in a pair of headphones and listen to the recording, while adjusting the gain. This helps you find just the right amount of gain for your recording. Next you have the pattern selector knob which lets you select the recording mode. Most USB mics usually have two recording modes. The Blue Yeti provides 4: Stereo, Omnidirectional, Cardioid and Bi-directional. The Stereo mode is great to record audio from a large group of people such as a choir or a band. In this mode all the ambient sound in the room is also captured with the audio recording. The Omnidirectional mode is great for recording a group of people sitting around a table. In this mode, the Blue Yeti records audio from all around it but records less of the ambient noise in the room. The cardioid mode is really the mode that most people will use this mic in. The Blue Yeti will only pick up audio from right in front of it and picks up very little background noise. Its great for recording vocals, podcasts, voiceovers or even gaming commentary. The bi-directional mode is great for interviews where you only want to use one mic or for two-person podcasts. In this mode the mic picks up audio from both the front and back of the mic.

The Blue Yeti is plug-n-play and doesn’t require you to install any drivers or software. It works with almost any version of windows or mac. As soon as you plug the Blue Yeti in, most computers will automatically recognize the device as a recording device. You can then proceed to record your audio using whichever audio-recording software you choose. 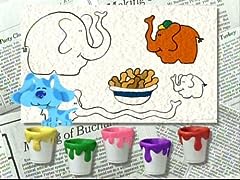 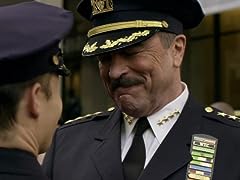 which mode would be used for say, a guitar cover or recording using instruments and vocals? great review by the way, thanks

Could this be used for chatting while gaming in discord, for example?

Thanks for allowing me to subscribe to your information

Would the third option be good for rapping? The “front of mic” mode?

Do you maybe know why I can’t hear myself when I use headphones?

Would this work for streaming on Twitch?

Is this good for gaming?

I bought the Blue Yeti and the first thing a guy in a random group chat said to me was: Are you a youtuber?

The mic is very good

Can I use this for skype?

Will be getting this

Would this work for talking in Skype or discord? If not, will any of them work? If so, please list what will with a link

what mic do you use for voice overs?

couldn’t have said it better <3

Great video, thanks you for posting!

This really helps, mainly the explanation on the patter and gain settings. Thanks

Does it work for Xbox One?

Can I use it for minecraft??? Is what all 10 year olds say

I ordered this product a while ago and i love it!

is it possible to have a windscreen and a pop filter at the same time?

This is helpful I need a new Mike and this is what I choose. (Good choice)

Just a quick question! If u want to record and use background music with this mic will it turn out as clear and good audio? or would it just forget about the background music even if its pretty loud? thank you

Thanks for the info! Once I got the money, I’m buying this mic.

Does this work if you plug it into a PlayStation 4?

I’m purchasing this because of your fantastic review!

I’m getting one for my birthday

What does he mean by “live monitoring”

Thank You for this review. Compared too all of the video I seen, THIS IS THE BEST ONE!@!@!