Learn how to play any song and JAM with other people – 50% off coupon for the Harmonica Jamz video course:
https://www.udemy.com/harmonicajamz/?couponCode=YOUTUBE

Get the best price for the Suzuki Hammond from Amazon: http://amzn.to/2cmBKUD
—————
Below you can find my text review of the Suzuki Hammond harmonica from the Harmonica Jamz website. I highly recommend that if you actually prefer the text version so go ahead and read it in the website with all the pics:
http://harmonicajamz.com/suzuki-hammond-harmonica-review/

Harmonica Jamz is an interactive, revolutionary, and INSANELY effective video course that within just 5 short video lessons will teach you how to jam BEAUTIFUL music on your harmonica with friends and play all the songs you love.

Yes, even if you never played a music instrument before!
Harmonicas are way easier than what you might think.

By using the revolutionary combination of the highest quality video lessons in the market, with a never-seen-before interactive & instructed HD video jam tracks, (learn more below) we will get you on your musical feet so fast that you wouldn’t believe it. Get ready to fall in love with the harmonica!

Hey everybody! A short review today about the Suzuki Hammond harmonica. Suzuki is a Japanese manufacturer and after Hohner they seem to be the 2nd or 3rd biggest harmonica company. They have great diatonic models in all the different price ranges – from 10$ to hundreds of dollars and a wide variety of chromatic harmonicas as well.

In the “commonly distributed” harmonica category (most people would not pay more than 10-40$ for a harmonica) this is probably their top model or one of the top models, and it competes with Hohners from the similar price range – for example: the Hohner Marine Band and the Hohner Blues Harp. The Hammond is actually a bit more expensive, when I purchased it in 2015 it cost 50$ but now I see that the Amazon price is 60$ which is quite expensive. Let’s see if it’s worth it.

So let’s see how the Hammond does by itself and how it compares to Hohner harmonicas from the similar price range – which I consider as the standard. I have one in the key of E and I also played one in the key of C before.

The looks: It’s a stunner. You can call me superficial, but the thing I like the most about the Hammond is the beautiful looks – the premium looking “blacker than black” case combined with the cool rainbow colored logo just make for a handsome combo.

It’s “satisfyingly” heavy: The Hammond is made from a solid quality metal which feels great in your hands and has a perfect weight. It’s not like those cheap plastic harmonicas that feel like toys – but this one feels and looks like a premium musical instrument.

Multi notes sound great: As opposed to the single notes which I will get to in a bit, the multi notes on the Hammond sound very good and “wide”. works great for covering Bob Dylan’s tunes…
Solid and pretty hard shell case: The Hammond comes with a hard shell case that is also in a beautiful design in maroon red, and it also feels like a higher quality case than any other harmonica that I have had in this price range.

Durability: It’s a beast and easily took abuse while I traveled with it and leaving it out of the case pretty often. This thing is built like a tank.

Responsiveness: Compared to Hohner models at this price range, the Hammond just does not feel as responsive. It takes a bit more air pressure to move the reeds and for me that can be the deal breaker between a harmonica that is a real fun and a real breeze to play and a harmonica that just feels “alright”. Note that this is not even just in the “out-of-the-box” condition but also after I modded it for a tighter airspace between the reeds and the comb which usually does wonders on the Hohners, but here it barely had an effect.

Bending is pretty hard, even after my modifications. Although this is an E harmonica which is tuned pretty high and E harmonicas are usually not as easy to bend because of the tuning. I also have a Blues Harp in E which defiantly feels easier to bend in comparison.

Single notes feel harder to control. (volume and “feel” wise…) Again, that’s compared to similar priced Hohners. If you mostly play song melodies and you require a lot of single notes action out of your harp – that’s not the harmonica for you. I would actually highly recommend the Hohner Golden Melody if song’s melodies are your thing.

That’s it. So all in all, it’s a nice harmonica and it is defiantly the most attractive harmonica in my collection, but regarding the playfulness and the tone – you’ll probably have a better time with the Hohners at the same price range. I wouldn’t start with a Hammond as a first harmonica, but if you have a wide harmonica collection – I would defiantly consider getting it as a cool extra. 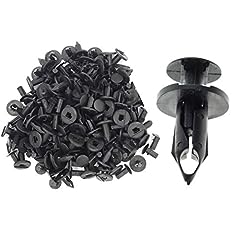 Part #: 7661855, please check the part # or dimensions above with picture for details. These clips are widely used on vehicles. Head Diameter: 15mm Stem Length: 20mm Fits Hole Size: 8mm Shipping from our USA warehouse, fast shipping and good service. (as of November 26, 2020 - More infoProduct prices and availability are accurate as of the date/time indicated and are subject to change. Any price and availability information displayed on [relevant Amazon Site(s), as applicable] at the time of purchase will apply to the purchase of this product.) 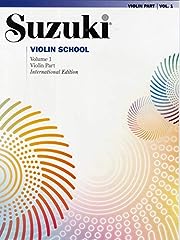 Alfred Publishing Co. Model#000144 (as of November 26, 2020 - More infoProduct prices and availability are accurate as of the date/time indicated and are subject to change. Any price and availability information displayed on [relevant Amazon Site(s), as applicable] at the time of purchase will apply to the purchase of this product.) 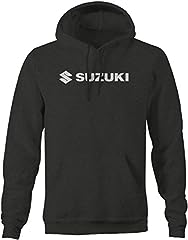 Champs Supply Suzuki S Motorcycle Side by Side 4 Wheeler 4x4 Racing Hoodies for Men -Medium Charcoal Gray 90% Cotton / 10% Polyester, Comfort Fit Machine Washable Mens Hooded Sweatshirt Your Favorite Comfortable Hoodie This Winter Fleece makes a Grea... (as of November 26, 2020 - More infoProduct prices and availability are accurate as of the date/time indicated and are subject to change. Any price and availability information displayed on [relevant Amazon Site(s), as applicable] at the time of purchase will apply to the purchase of this product.) 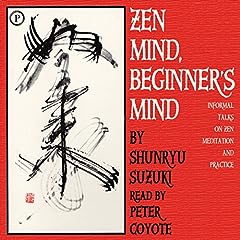 (as of November 26, 2020 - More infoProduct prices and availability are accurate as of the date/time indicated and are subject to change. Any price and availability information displayed on [relevant Amazon Site(s), as applicable] at the time of purchase will apply to the purchase of this product.)

wind filter next time but thanks 🙂

I understand that Hammond is part of Suzuki, but why is the harmonica branded as Hammond?

Watch the Suzuki Hammond in live action (HQ sound too) on my harmonica cover of Elvis’ “Can’t Help Falling In Love with you”: https://www.youtube.com/watch?v=bUrW0tLDACY

Thanks for great video, what is that harmonica holder? – I’ve never seen one like that before. Cheers.