Guild is undoubtedly the ‘other’ classic American acoustic brand. Sat on proud foundations that date back to New York in 1952, it nonetheless had a somewhat rockier ride through the latter 20th and early 21st centuries than either of its principal rivals Martin and Gibson. During this period Guild has had to undergo major changes of ownership and strategy, not to mention moves between numerous production facilities.

Guitar giant Fender acquired Guild in 1995, and has certainly taken its time re-establishing the model line and brand. Initially built in Corona, California, then moved to the old Tacoma factory in Washington State, Guild has eventually found its new home somewhat closer to its original roots in New Hartford, Connecticut.

Instruments started rolling off the line in 2009, increasing in number and variation ever since. These three all hail proudly from New Hartford and for all intents and purposes are the ‘classic’ Guild models. The D-55 dreadnought and F-512 12-string Jumbo come from the premium Traditional Series, while the F-30 is from the slightly lower priced, although still American-made, Standard Series. It’s been quite the journey, so let’s see how our journeymen have fared. 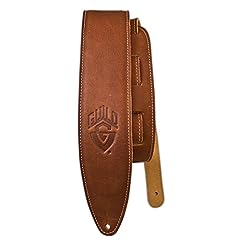 100% genuine brown leather with suede backing Adjustable 44"-61" length; 2.5" wide Made in USA Model Number: Guild Leather Guitar Strap, BR (as of November 27, 2020 - More infoProduct prices and availability are accurate as of the date/time indicated and are subject to change. Any price and availability information displayed on [relevant Amazon Site(s), as applicable] at the time of purchase will apply to the purchase of this product.) 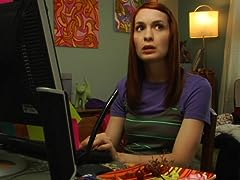 (as of November 27, 2020 - More infoProduct prices and availability are accurate as of the date/time indicated and are subject to change. Any price and availability information displayed on [relevant Amazon Site(s), as applicable] at the time of purchase will apply to the purchase of this product.) 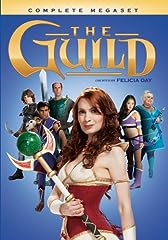 Factory sealed DVD (as of November 27, 2020 - More infoProduct prices and availability are accurate as of the date/time indicated and are subject to change. Any price and availability information displayed on [relevant Amazon Site(s), as applicable] at the time of purchase will apply to the purchase of this product.) 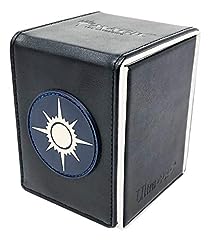 Alcove Flip Box featuring the Black & White Orzhov design Holds up to 100 standard size gaming cards double sleeved in Ultra PRO Deck Protector sleeves Strong magnetic closure featuring multiple magnets to hold the lid securely shut Lid can be detach... (as of November 27, 2020 - More infoProduct prices and availability are accurate as of the date/time indicated and are subject to change. Any price and availability information displayed on [relevant Amazon Site(s), as applicable] at the time of purchase will apply to the purchase of this product.)

Very-very good demo! Thanks for sharing!

I wanna say something else: Your Video arrangement, your sound/micing and playing is absolutely wonderful! Great Video. I own myself a 1992 F-30 Westerly) and since recently a 1979 F-512NT Westerly! Hell yeah.

How’s he monitoring the previous tracks with no headphones? Through the speakers? Wouldn’t that bleed into the mics?

I think this is the best acoustic demo I have seen ever on youtube. WOW

This presenter plays the same tunes in every video and it truly covers the full range of an instrument.

Bravo! What a demo for Guild.

When you add compression and reverb, we are no longer hearing the actual guitar…why do you do that?

Very nice playing and tone. Thanks

I played a 400 dollar Guild in the music store the other day and fell in love with the tone. I cant remember the model number but its tone was bright and crisp which is my personal favorite. Love the Guild headstock design too.

Nothing sounds like a Guild. Ive got an old G37Blonde Ive had since the 70’s. Great old piece of wood.

Thank you for this really useful demo and the sheer musicality of the tune at the end. I have fallen in love with my neglected D-55

The 12 string in the video is not the same instrument that’s in the “Shop now” ad,and I was thinking of buying one too!

Excellent video! Loved the tune at the end. Now I want a Guild, especially the D-55 (although they all sound beautiful).

Guild makes some great guitars, and rarely seem to get the recognition these days that they should. I have three Guilds, and just got a jumbo, which has become my favorite guitar in the world. The tone is just so rich!

All three offer something unique, don’t they? I liked the F-30 the most on the first strum, then in the parts with more articulations I preferred the D-55. The F-30 has a more mellow, jazier sound. The D-55 sounds to me like it would be better in the recording studio. Now that 12 string is something else huh! Lovely.

I want Santa to buy me this guitar on Christmas. 🙂

That D-55 made my ears smile and the 12 string sounds wonderful,may have to look into a new Guild soon.

The D-55 sounds amazing in this demo. This is why I should have been rich. Too many guitars, too little money.

Jeez, this video is really good. I can see why Andertons hired this guy. Here I was thinking I could get a job with Andertons just for being American!

The 9 people who disliked this does NOT play a Guitar, Or anything else as far as that goes.. Here  you have GREAT lessons FREE , On Beautiful Guitars to. If you want to expand your playing method learn these riffs and take off man, This is really cool with how much more you can do with  these simple riffs. All I can say is Thanks for the Riffs . I have a DCE–5  Guild, 6 String Cutaway w/ Electronics . I LOVE this Guitar. I put on a new set of Martin med Strings and it sounds like a piano. Man just BEAUTIFUL…!   I might be mistaken BUT I heard Fender took over the Guild company . Anybody hear anything about that ? let me know.

I’m interested in the tabs for the first riff. I’ve understood everything but the chord after the E minor. What’s he playing?

An excellent review. Possibly the best I’ve seen. I thought each guitar sounded good for it’s type. The D-55 and F-512 sounded in a league with some of the Gibsons and Martins I’ve played for similar value. It would be down to personal taste. The OM was obviously a cheaper guitar. A good cheap OM will often have a good blues tone as I think this one does. A better OM would blow it and the D-55 away for the other lead though. For the OMs I’d like to hear how the F-50 rates against the Taylor, Gibson, Martin and PW.